Jacques Coursil was born in Paris in 1938 – his parents were from Fort de France, Martinique – and received his musical and other schooling in the French capital. Between 1958 and 1961 he travelled in West Africa during its decolonization, and enjoyed a long stay in Dakar where he was given a welcome by the entourage of Léopold Sédar Senghor. On his return to France he taught literature and continued his musical training.

In 1965, Malcolm X was assassinated; Coursil went to The United States, where he would remain for ten years. He landed in New York among all the agitation surrounding Civil Rights and the advent of free jazz (new thing), art happenings, protests and Hippies… For the next decade he had the opportunity to work alongside the greatest musicians in America, both on the jazz scene and in contemporary music. He became a pupil of pianist Jaki Byard, and especially trumpeter Bill Dixon, with whom he went on tour playing duets. Coursil also studied harmony and composition under composer Noel Da Costa and performed in numerous contemporary-music concerts with the latter. By this time he possessed a solid instrumental technique, and he let his imagination run wild, becoming one of the best trumpeters of his generation. He often played with Alan Silva, Sunny Murray, Marion Brown, Frank Wright and Arthur Jones, and in 1969 he recorded tracks with them that have gone down as classics in the genre, notably "Black Suite" and "Way Ahead". It is widely recognized today that musicians who were active during that "glorious Sixties" period were part of the greatest creative upsurge in jazz music since the bop revolution.

His years in New York were dominated by music and literature, the arts and militant politics, and yet Jacques Coursil discovered other things which to his mind were just as fascinating: notably linguistics and mathematical logic. Slowly he moved away from the music scene and began teaching again. He also returned to university, and on his return to France he decided on an academic career, writing two theses in the fields of Literature (1977) and Science (1992). He alternately taught letters and linguistic theory, first in France, then later in Martinique before finally teaching in The United States at Cornell University and the University of California in Irvine. His career-path made him a voice to be listened to on the corpus of Ferdinand de Saussure and also in the general theories of modern linguistics, as shown by the reputation of his own publications, among them his book La Fonction Muette du Langage, published in France by Ibis Rouge in the year 2000.

Throughout this entire period given over to literary and scientific pursuits, music seemed to Jacques Coursil to be like a subterranean river (or alchemist's laboratory). In secret he worked without respite on circular breathing, his articulation and tonguing until the trumpet he loved began to sing and dance, even talk: his obsessions were with clarity and the emotion inside the timbre. Probably there's something of Clark Terry, Jimmy Owens or Hugh Masekela in this approach; what's certain is that when it came to jazz trumpeters, Jacques Coursil loved and admired them all.

2005 marked Jacques Coursil's return to music with an opus entitled Minimal Brass (released on John Zorn's New York label, Tzadik). The project was hailed by critics as having not only audacity and singularity, but also great musicality. 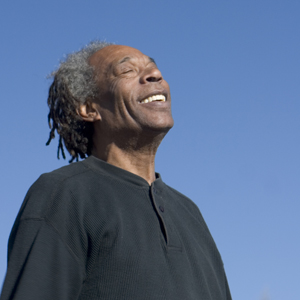 The Trio Freejazzart has an anteriority; they are the trios of Bill Dixon among whom Jacques Coursil and Alan Silva were member permanent during the sixties. The trio Dixon, the melting pots in search of sounds and of languages, marked, since then, the improvised musics.

New York, 1965-70. Jacques Coursil and Alan Silva cross themselves at Sun Ra, then separately leave several times on tour with Bill Dixon. After all these years, both accomplices find themselves and join with the saxophonist Heribert Leuschter for the pleasure of a tribute to their master.

To improvise, it is to create a space of listening and to leave also its place with the poetry. The Trio Freejazzart so proposes versions of oratorio on contemporary poets (Sliding, Césaire, Fanon, and some others in preparation)